Mike Pavon and The O want to bring back the Miracle Mile one business at a time.

Curves Cabaret owner Mike Pavon has a blunt assessment of the north-of-downtown Oracle Road corridor where the club is located.

“It’s pretty sad when the best-looking building on your street is a topless bar,” Pavon says.

Curves isn’t just the best-looking building, it’s the commercial anchor of the North Oracle corridor from Drachman to Grant roads. It has thrived there for almost 25 years as a destination venue for adult entertainment. For the last 23 of those years it has been named Best Strip Club in Tucson Weekly‘s Best of Tucson issue.

Much of that time, Pavon has supported various city-sponsored efforts to bolster the commercial vitality of the Miracle Mile–North Oracle corridor. As a main artery from downtown to the foothills, the area always has held much promise. Curves, and in more recent years, Monterey Court, have proven its ongoing viability.

Meanwhile, institutions like Village Inn, Coco’s, Ye Old Lantern and La Fuente have failed to evolve. The strip’s most recent victim was the storied Golden Pin Lanes, but the area’s economy has been in decline ever since the freeway bypassed it in 1961, taking travelers past the city. Recently, even a city initiative to revive vintage motels with boutique charm failed to renew the strip’s luster.

The area’s promise remains its greatest strength. People always have seen its potential. Even now, the collapsed property values might inspire an optimistic developer to dream of a future medical park, some pied-a-terre condos and maybe a cluster of elite shops to balance the big boxes up the road. Tucson should be so lucky.

Monterey Court is an inspiration. After years of building and hustling, the vintage motel has earned a regular clientele and a reputation for fine folk music and treasures of local art. Nearby on Stone Avenue, Tucson Community Theater has affordable space that they also rent to other theater companies. A half mile north, a contemporary apartment complex has sprung up on Stone Avenue opposite the newly remodeled Brother John’s Barbecue, formerly The Wildcat House.

Pavon offers neighborly support. “Twice a month, I go eat at Brother John’s Barbecue. He spent a million dollars plus in that place and he’s struggling to make it.” Pavon stresses that for all the plans, committees and meetings, what will most help near-north Tucson is customers. The logic is irrefutable.

Pavon’s commitment to the area has deep roots. The first decade he and his partners owned Curves, their favorite lunch spot was Gus & Andy’s Steakhouse, two doors south. They came to know the owners very well. Like Ye Old Lantern farther south, Gus & Andy’s was popular with families visiting their students at the UA.

“Gus and Andy Lattas worked for their dad. (He) owned a bar across the street,” Pavon says. He points south to a business that manufactures cooler pads. We can still see the outline of the old bar’s entrance.

“They told me they just got tired of working for their dad and wanted to do their own thing, so they moved right across the street and started building their restaurant in 1959.” The restaurant took 12 years to finish.

“Gus had wanted to run away in the ’40s,” Pavon says. “He played trumpet and wanted to join a big band but his dad wouldn’t let him.”

Pavon says their business was already slow by the ’90s. Sometimes big bands came to play, and the steak house became known for Dixieland jazz, but according to Pavon, “Their clientele just got older and older and pretty soon they just weren’t doing much business.

“Finally Andy approached my partners and me, I think it was 2003, and he said, ‘Would you guys like to buy this place?’ We were, like, ‘What do we need this for?’ We didn’t want to run a restaurant. We finally decided to buy it if only for the parking spaces.”

For a time Pavon and his partners tried to keep the restaurant alive with various gimmicks “There wasn’t a whole lot of support for it.” Pavon says. “We closed it in ’06. We left it completely boarded up.”

There the building sat for eight years, through the 2008 recession and the subsequent struggle for recovery, and the resurgence in property values that gave the Oracle artery wide berth.

In 2014 the partners recommitted to the neighborhood. “We had tried to sell the building, but, remember, the real estate market tanked in 2008. We finally decided, ‘Well, if we’re going to own this building, we’d better fix it up.'”

When they opened the door, they found a wreck. “The roof had fallen down; there was a lot of water damage, and all the copper pipe had been stolen from the air-conditioning. The partners invested in a complete overhaul, maintaining the red décor, dark wood and ’70s steakhouse feel. An inlaid logo in the entry’s terra cotta floor still says Gus and Andy’s Steakhouse.

“We decided that’s the history of this place. But now that we’ve put so much money into remodeling and just operating capital, we realized it’s really more of a happy-hour place.”

People who work downtown will eat downtown, Pavon says, or near their home. “So this is all we really have is the Oracle artery,” Pavon says. It’s people driving through, stopping in for a drink or a snack on their way home.

“We need to come up with an interesting enough concept,” he says. “We think it might be comedy.”

Bright geraniums bloom from the flower boxes lining the rail that defines the front porch of 2000 N. Oracle Road. Their cheer defies any concern about vandals in this quiet neighborhood of warehouses, storage yards and a couple of single-story apartment buildings. Surely the geraniums would be a vandal’s first victims.

Gus and Andy’s Steakhouse has been renamed the Oracle 2000, The O for short. Its menu features 18 kinds of burgers and on Thursday nights you can get a steak for $7.

Over lunch, Pavon is talking about comedy. “We realize we have to get people out of their house after they’ve gone home. If you can get people to drive in from other areas of town to support them, thriving businesses is what this area really needs.”

“You know Monterey Court is … a perfect example. We’re trying to do here what they’re doing. That’s not a great area so they have to bring in acts and events in order to get people to come. “

A big fan of Laffs Comedy Caffe, Pavon and his partners began thinking The O would make a great comedy club. That thought was top of mind when Pavon and his wife saw Rich Vos in Las Vegas. On a whim, Pavon asked Vos to come to Arizona. Vos responded that he had a show coming up in Phoenix and could add a date for Tucson.

Thus was born Tucson’s newest dedicated comedy venue, The O, in the cozy, pub-like interior of the bar, with a floorplan that now seats 100, organized so everyone can see the stage.

Now with four successful comedy shows under its belt, each featuring a nationally known headliner supported on the bill by top local talent, The O is gearing up for a fleshed-out comedy program beginning in September. Pavon has hired a powerhouse booking team headed by Tucson’s most famous comedian, Kristine Levine, best-known locally as the sidekick on the World Famous Frank Show, but formerly a cast member of Portlandia and featured in Doug Stanhope’s film The Unbookables.

Levine’s connections in the comedy world, especially Stanhope’s comedy world, have been golden for the club; Stanhope, himself has turned up to perform in and host in shows there. Assisting Levine is Joey Giron, who hosts a long-running mic at The Mint and is well known in both the Phoenix and Tucson comedy communities.

As for the competition, Pavon says, “(Laffs’) food is good. Their prices are good. It’s a nice facility. They get good comedians. They’re profitable and I think they’ll still be successful if we’re successful. In a town of a million people, there ought to be enough room for one more.”

*All comedy shows and Events have a two drink per person minimum. Thank you! 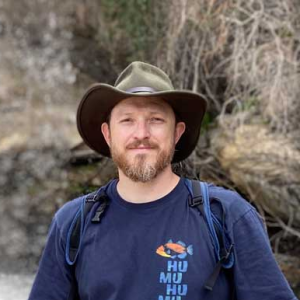